Myth Conductors: An Overview of the Department of Energy Albany Research Laboratory 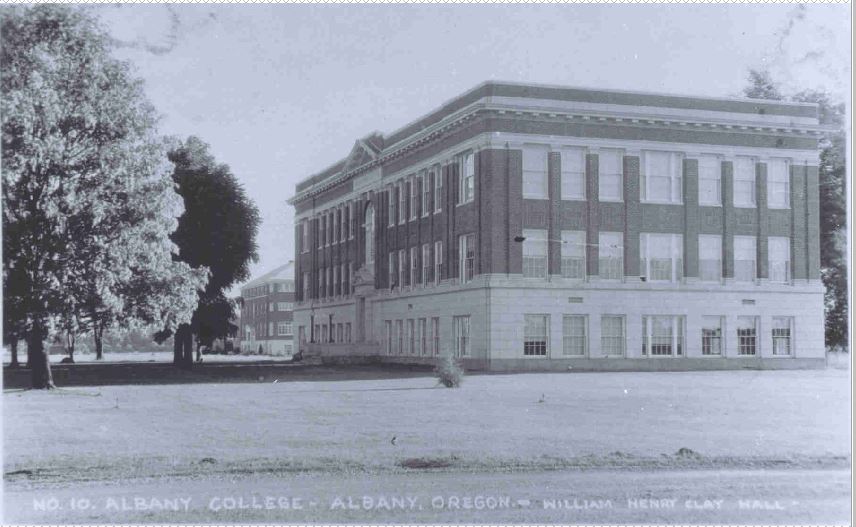 Used with permission of the Albany Regional Museum

This original building at Albany College is the same building that stands today in the campus of the Department of Energy. It now serves as the administrative building.

Rumors can spread fast. “I’ve heard that it’s some sort of nuclear plant… or that its poisoning our water,” junior John Colgate said. “It puts us way up on the list of places that would get nuked,” junior Bethany Barnett said. “Have you ever seen Stranger Things? It’s the same department.” However, one thing is clear: no one knows what’s going on.

Mainly, the Albany site of the Department of Energy is home to research activities, specializing in materials development. They research and do work with fuel cells, bio processing, and turbines, with the ultimate goal of freeing the US of its dependency on foreign oil reserves. Different laboratories at the facility include a severe environment corrosion erosion facility, a high pressure immersion and reactive transport lab, and an analytical lab.

From 1925 to 1938, the Albany College campus resided where the research center is now, and the Bureau of Mines bought the land in July of 1943. It is now Oregon’s only national laboratory.

In the 1950s, there were several deaths and injuries of researchers due to zirconium explosions and fires, according to issue 45 of the United States Atomic Energy Commission’s reports. In one incident, one employee died, one had his arm blown off, and one had his leg blown off when a 55-gallon drum of scrap zirconium detonated.

The rumor that there are tunnels under West Albany is true, as confirmed by Russ Allen, business manager at the district office. These tunnels run under the research center, but don’t ever connect to any of the buildings. They’re only there to make space for plumbing pipes and electrical chases, as well as to provide fresh air for classrooms through heating and ventilation.

Allen believes the research center does not pose any threat to the surrounding schools, although there have been previous concerns. There was a spill of waste organic solvents at the laboratory in the 1990s when a metal drum failed. These solvents included trichloroethylene, chloroform, and carbon tetrachloride. Then, in 2005, there was concern that contaminated groundwater from the spill had made its way to the air in Liberty Elementary School through soil vapor. Although it’s said that the trace amounts of solvents are not a health concern, there was never any cleanup of them, and they may still linger in small amounts today.

According to the 2017 Annual Site Environmental Report, there has been no recent release of radioactive substance in any form, through groundwater, atmosphere, or otherwise.

Tai Stith, a contributor to the Albany Regional Museum, has been researching the department for over seven years and is planning to publish a historical non-fiction book on her findings within the next year.

“I probably have a one percent chance of getting a tour,” Stith said. “After seven years of research, I am still digging for answers that I can’t get.”

It seems that the hype and talk of the conspiracies/rumors surrounding the department do not live up to the reality of the events that go on there. The reason for the rumors, it seems, is because the laboratory does so much and talks so little. They have extensive security and are hard to get in contact with. Overall, their communication with the public lacks, but they make up for it in their outstanding scientific abilities.

Stith has one parting message for conspirists: “Before people take stock in urban myths, make sure you do your research first.”