Capitalism has influenced almost every beauty decision the female binary makes, especially when it comes to “self care” 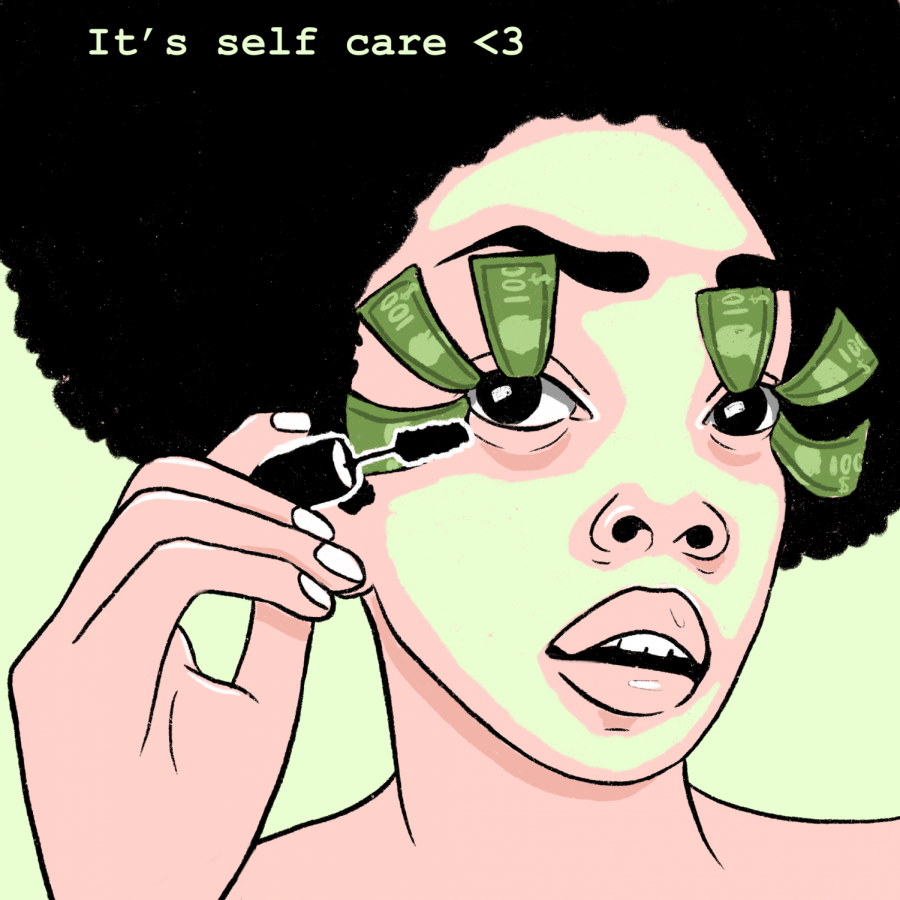 “Self Care” is a term we see often during this pandemic, and unfortunately, it has very different connotations depending on gender and gender norms. When the phrase is used to describe a male presenting person taking care of themselves, it often has to do with sitting and reflecting on their day, maybe journaling, or calling up a friend and laughing together. Yet when it comes to female-presenting people, “Self Care” becomes an act of pampering yourself with face masks, new makeup, or a detoxifying trip to the spa. There’s always a new “Self Care” trend being marketed towards the feminine binary, from the moment we’re old enough to know what pores are or why hair is undesirable. There’s a better way to market self-care products to young women who are easily impressionable.

Every day, the marketing teams of Vogue, Girl’s Life, People, Seventeen, and countless other magazines traditionally aimed towards women get to work on creating an issue of a magazine that will influence millions of people. It’s hard to admit, but even if indirectly, every trend, life hack, fashion revelation, and diet idea comes from these marketing teams and spreads like wildfire through the media.

If the media were to simply cut out all of the toxic “Self Care” culture circulating, there would be an uprising. Sales would drop dramatically, and things would be completely different. So instead, it’s best to take a gradual and tentative approach to help young girls understand how to properly take care of their physical and mental health.

The first step that the media should take towards healthy self-care marketing is diversity. According to the 2019 U.S. Bureau of Labor Statistics, 82.8 percent of all arts, design, sports, entertainment, and media occupations are held by white people. This is a problem when it comes to marketing self-care products and methods. If a young girl is constantly seeing a tall, blonde, straight-haired white woman in ads, and these women are “pampering” themselves with face masks and makeup, the girl is going to think that whiteness is the standard of beauty and strive towards this standard by consuming the same products as the models. An effective marketing strategy, but not an ethical one.

If marketing teams were to include diverse models, they would not only reach a wider and more diverse audience, but they would also be making an ethically correct decision to not whitewash. If advertising were to be more encouraging and accepting of all races, sizes, shapes, sexualities, and genders, young girls would be buying self-care products in order to take care of themselves rather than change themselves. It seems like a small difference, but in reality, it will change the mindsets of young women everywhere.

Rhianna’s new line of lingerie is a great example of inclusive marketing. Since Savage x Fenty’s release on October second, according to Forbes, it has been quickly gaining popularity and is expected to make an annual revenue of over 150 million dollars.

If we take the small step of encouraging more diversity on runways and in marketing conference rooms, the definition of “Self Care” for a female-presenting individual will change in the best possible way. Right now, there are few things more toxic to young women than the world of marketing, and capitalism has ingrained into our minds the idea that what we see in magazines, on television, and on our Instagram feed is what’s “normal”. As what marketers are calling the “online generation”, we have the power to not only influence but completely change self-care culture as we know it. Simply choosing to endorse and invest in healthy marketing for the young women of the next generation could influence millions of lives for the better.  So, Generation Z, let’s get to work on changing the world of marketing, instead of ourselves.