How sports are functioning while still keeping students at a safe distance. 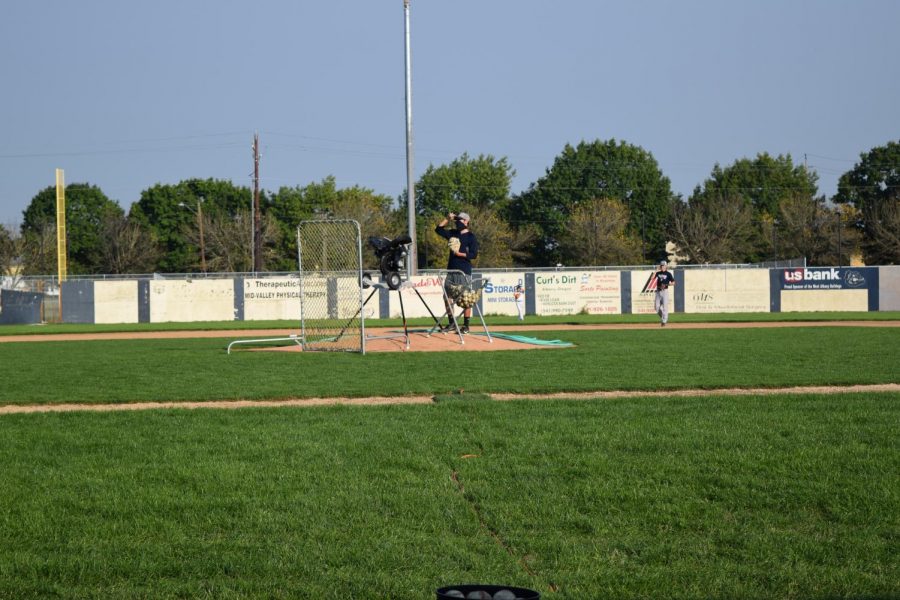 We’ve seen many changes this year regarding more than just school. After last year’s spring season got cancelled, many are glad to have the opportunity to begin practice again. In order to keep this privilege, coaches and athletes alike have had to work hard to keep a distance.

Head baseball coach Don Lien has said that they always wear masks during practices. Whenever they’re in the cages, dugouts, or anytime they’re near anyone, they have to be wear

Students not only have to be wearing masks, but also have to make sure everything is sanitized. When they come into practice they have to sanitize their hands along with equipment. They also have check-ins at the beginning of practices. According to soccer player Megan Adamec, they have to take temperatures and answer a series of questions about symptoms and travel.

Though, a lot of the problems some teams are facing doesn’t have to do with the practices, but rather the teamwork of the players.

But this is just the beginning of the season, and many athletes and coaches are hopeful that the new year will bring the games and community many have been missing.

“Just be hopeful, be optimistic, and then people just understand that for the good of everyone, maybe we should listen to [the rules],” Lien said, “so that we might have to self sacrifice what we want to do, but we’re doing things for the betterment of other people.”