The Face of Horror

A deep dive into horror movies 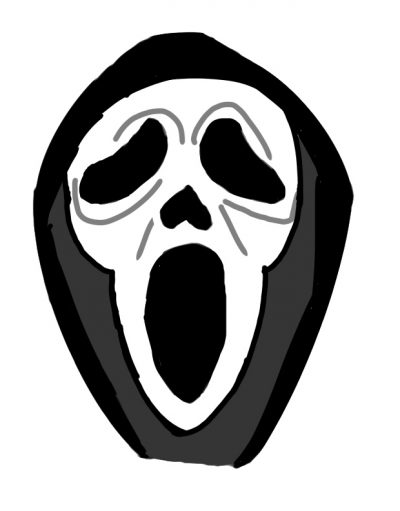 As spooky season comes around, many people start looking for a good scare. From haunted houses to horror movies, people use the month of October to satiate their desire for the dark and macabre. While people have been fascinated by all things that go bump in the night since the 18th century, few people have a deep understanding of the genre.

The horror genre can be broken up into three main categories: slasher, supernatural, and psychological thrillers.

The first genre, and one of the better known ones, are slasher films. Slashers are a staple of the late 1950s to the early 90s. Notable films in this genre include “Scream,” “Nightmare on Elm Street,” “The Texas Chainsaw Massacre,” and many, many more. What makes a slasher a slasher is their high body counts, unrealistic quantity of blood, and a dumb group of teenagers running from a psychopathic killer in a mask. The majority of these films end with the “final girl,” the only survivor, emerging from the carnage, and they are often followed up with a series of subpar sequels.

Supernatural horror has gone through cycles of popularity since the 1920s, but gained increased attention following the release of “The Conjuring” in 2013. “The Conjuring” was revolutionary on the horror scene as it did away with the cheesy jump scares of the past and used creepy camera angles and slow building suspense to keep the audience on the edge of their seats. Other notable supernatural horror films include “Paranormal Activity” and “Hereditary.” Supernatural horror films tend to start with an unsuspecting family moving into a very old, very obviously haunted house and begin to experience creaking stairs and things that go bump in the night.

The final genre is psychological thrillers and well known movies in this genre include “Silence of the Lambs” and Alfred Hitchcock’s “Psycho.” Psychological thrillers explore unstable characters and focus on the emotional and mental aspects of horror, preying on the human mind. They play on themes that people are often uncomfortable with, keeping viewers on their toes. They often focus on aspects of paranoia, suspicion, and distrust and leave audiences unsure of what is really going on.

Another sub genre that is rarely seen in today’s media, but deserves recognition is cosmic horror. Recently the popularity of “A Quiet Place” has brought attention to this rare corner of horror, but few people actually know what cosmic horror is. Cosmic horror, also known as Lovecraftian horror, named for famous gothic horror writer H.P. Lovecraft, plays upon people’s fear of the unknown. Zombies are scary, but what scares people more is something that they don’t understand. What makes cosmic horror difficult to depict is the fact that once you show something on screen, it is no longer unknown. This is what “A Quiet Place” does so well. The monsters are never fully shown until the end of the first film and their origins never explained. By not showing the monster, audiences have to use their imaginations, which can be much more frightful.

Horror movies have long fed people’s desire for tension and mystery, keeping generation after generation on the edge of their seats and leaving people with an eerie feeling that continues long after the film has come to a close.