Players of the NFL have sparked a controversy all over America, and its discussion has reached the minds of some students. 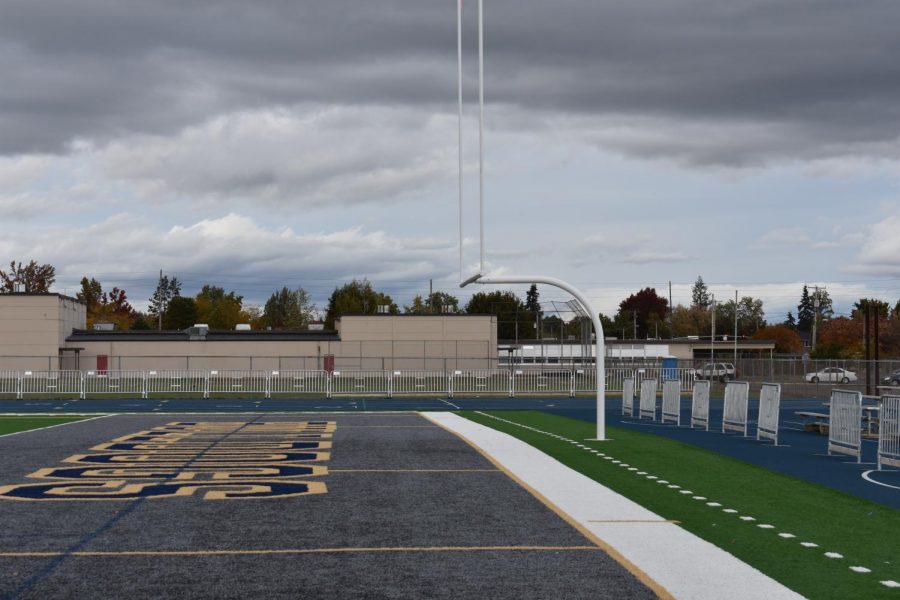 A girl stands to look around the crowd during the Oct. 12 pep assembly as the announcer asks students to remove their hats and stand for the national anthem. She notices a student who stays seated but sits tall. She gives the girl a questioning look, hesitates, and then sits right back down. The two girls nod to each other and share a quiet smile.

Recently, NFL players have kneeled on the field during the anthem at their games, and this movement has struck a chord with people all over our nation. So what does this form of peaceful protest mean to our country and our school?

For freshman Bella Forney, this raises another question: “Is everybody in this country free?…[Because] when not everybody is free in a country that’s supposed to be, something’s wrong.”

Junior Ori Hales doesn’t personally know anyone who has been affected by police brutality, but that doesn’t make it less of a problem to them. They describe the problem our country faces as “systematic inequality,” and are quick to defend the protest’s actions.

“People in the news have made a big deal about how it’s disrespectful to the flag,” Hales said, and they provide a valid retort. “You aren’t supposed to use the flag for clothing, or advertising, or campaigning purposes… In comparison, kneeling during the anthem as a form of peaceful protest isn’t that big of a deal.”

Some argue that kneeling is extremely respectful. Students who participate in this type of demonstration protest with silence and reverence. In fact, they can’t normally be spotted while others are standing. Students who sit often become hidden in the crowd, and West’s football players aren’t even on the field for the anthem. However, you’d be surprised to know just how common the protest is becoming.

“I’m usually with my friends, so my friends sit down with me,” says Forney. “I just try to be respectful in doing it.”

History is relevant to some in this protest, too. In 1965, over 250 civil rights marchers were arrested in Selma, Alabama. Shortly after, a photo was taken of Martin Luther King Jr. as he lead other protesters in prayer for those who were arrested. All who are captured in this photo are kneeling. While we fight a similar fight now, in 2017, many follow in MLK’s footsteps, and take a knee as well.